Deciding When to Visit Nicaragua 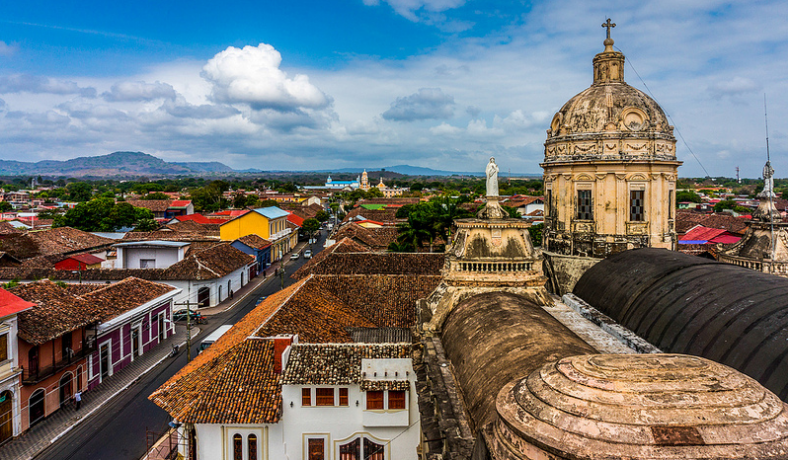 The good news is that the weather in Nicaragua is always hot – at times unbearably so, actually. There are a few places to visit in Nicaragua where the temperatures are a bit milder. I ended up going to some partially because this way I could get a break from the heat that was killing me. The best time to visit Nicaragua is during its dry season, from November to March or April: the sunny days and dry weather, however, attract more people (but Nicaragua is never too crowded). The rainy season starts at the end of March, and this is when the country is as green as it gets. I hardly recommend going between September and November: prices may be much cheaper, but it is the tail of the hurricane season and floods and rain may really ruin the trip.

The only international airport is Managua. There is a $10 USD entry fee that all tourists who visit Nicaragua need to pay. Customs is really easy to clear, but some officers may ask a proof of onward travel to a different country. Nicaragua is part of the Central America-4 (CA-4) Border Control Agreement, a treaty that also includes Guatemala, Honduras and El Salvador and that allows the free movement across borders between the four countries. In practice, this means that when entering one of the four countries visitors get a 90-days visa and in order to renew that it will be necessary to travel outside of them (ie in Costa Rica, Mexico or Belize).

Crossing the border to Nicaragua

It is possible to cross the border between Nicaragua and Honduras at Las Manos, El Espino or El Guasule. There is also a boat service crossing the Gulf of Fonseca and connecting Potosí in Nicaragua to La Union in El Salvador, and there is a $2 USD exit fee. Not many people actually use this crossing, and in fact I tend to discourage those wanting to do it. The tide changes dramatically within a few hours, the waves make the crossing a difficult one, and what is often described as a leisurely trip is infact a bumpy crossing where all passengers get soaking wet.

The border with Costa Rica can be crossed at Peñas Blancas or by boat via Los Chiles. Costa Rican authorities require anybody entering the country to show proof of onward travel, in the form of either a bus or a plane ticket.

The Nicaraguan currency is the Cordoba. The exchange rate is around 27.2 Cordobas for one US Dollar at the moment. Dollars are widely accepted, and in any case they can be exchanged at any bank. Furthermore, money can be exchanged even in the street. At any corner in the centre of cities and near a bank there are men, usually wearing a badge, who exchange money at the official rate. It is completely safe to do so – I usually count how much I need to change and calculate how much I expect beforehand.

People sometimes ask me if it is safe to visit Nicaragua. I can’t hide that I have heard stories of people being robbed, but I have always felt safe there even as a solo female traveller. In fact, it is one of the safest countries in Latin America. Sure, I always keep an eye on my belongings and I avoid walking alone and in the dark in areas that are not considered safe, but other than that, I never have any problems even when taking the bus. Obviously, being able to effectively communicate in Spanish helps. Only the people who work in tourism really speak English!

One of the best things to do in Nicaragua is travelling by chicken bus. Chicken buses are old American school buses that have been driven all the way to Central America, their engine substituted, and they are now used for public transportation. They are very cheap, if only a bit uncomfortable: they only leave when full – and by full, I mean packed to the point that passengers may really feel like chickens in a cage. I still think they are fun: they are a great part of the culture of the country, locals widely use them, and I even saw the odd chicken a few times. And in the middle of all those people, the ticket man goes around to collect the fares, and street vendors get on board to sell whatever goods – from fruit to drinks, from pens to medicines.

The buses follow a fixed route, but there aren’t real bus stops. So, as long as on the route, people can get on and off the bus continuously, which means that the bus stops every minute or so and that trips that would normally take 30 minutes may take even over an hour.

Stations are actually fun places to visit in Nicaragua: while the drivers wait for the buses to fill in, the ticket men go around the station calling the destination and looking for passengers. It makes the place very lively and noisy, as well as colourful. It is beautiful to look at the chicken buses. Some of them are actually beautifully restored: newly painted and decorated, the ones that cover longer distances even have flat screen tv and a good sound system (too bad for the choice of movies and music which is never to my liking!).

Taxis in Nicaragua are very cheap, and usually have a fixed price per area. I normally ask how much it will be to go to my destination before getting on board, and if I am travelling long distance I barter a bit, but drivers tend to be honest. Taxis are shared, which means that even if there already are persons on board, the taxi will stop to pick up other passengers, as long as they are going in the same direction. A good way to meet local people.

I even hitchedhiked a few times. I had not intended to, really, but when I once missed the bus from León Vieja back to León, a passersby to whom I had asked questions and later on saw me waiting for the bus offered a ride, since he was going in the same direction. 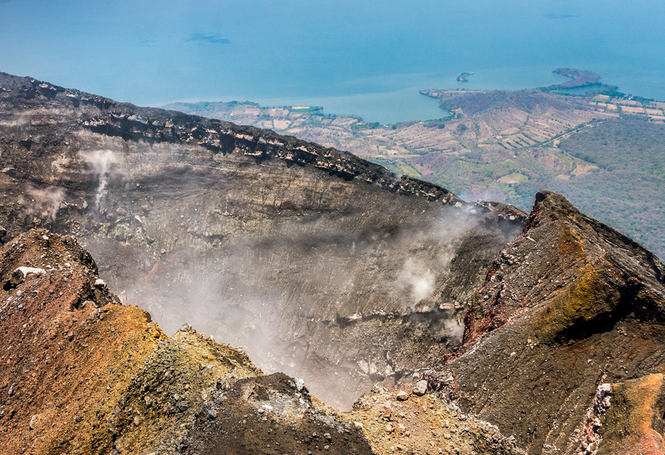 Eating and drinking in Nicaragua

Nicaragua produces some amazing fruit and is actually one of the biggest producers of beef in Central America: in fact beef is delicious here. It is also common to find lamb (locally called pelibuey) and lots of fresh fish and seafood along the coast.

One of the best things to do in Nicaragua is having a fresh juice. Needless to say, fruit in Nicaragua is delicious, and fruit juice is always made from scratch: just lots of juice, purified water and ice, a hint of sugar and at most some yogurt. My favourite is limonada (lemonade). It is very common to find fresh fruit stalls in the streets and squares: vendors peel and cut the fruit and sell it for a very cheap price. It’s a really healthy snack! Other common snacks are fried yucca and plantain.

While the local cuisine is not internationally considered one of Nicaragua tourist attractions, I still find it interesting and tasty. Gallo pinto (rice and beans) is the national staple, much like bread in Italy I would say, and Nicaraguans accompany every meal with it. There have been times when I had gallo pinto at breakfast (with scrambled eggs, a corn tortilla and platano maduro, which is a ripe plantain slowly cooked in oil), lunch and dinner (along with some grilled chicken, a cabbage salad and a corn tortilla).

Places to visit in Nicaragua

Granada and things to do in Granada

Most people who fly to Nicaragua go to Granada, which is at about 1 hour drive from Managua, as soon as they land. This is definitely one of the most famous Nicaragua tourist attractions, and for a good reason. The weather here is more pleasant than in other parts of the country because, while incredibly hot during the day, the breeze from Lake Nicaragua (known locally as Lake Cocibolca and through which the Nicaragua Canal should be built) cools it down a bit in the afternoon and evening.

Tourists fall in love with its architecture and splendor; with its bright colours and cobbled streets and with its slow paced life. There are many things to do in Granada, it just is such a beautiful colonial city that will make any photography lover go crazy with its elegance and colours. There also are many out of town adventures that are easily accessible.