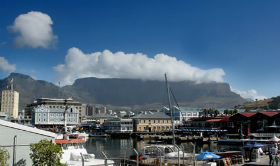 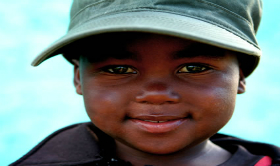 I emigrated from South Africa to Europe in 2002 and re-visited only recently. South Africa is truly a beautiful country, with friendly, hospitable people, incredible scenery, and incomparable wildlife. I believe that these qualities are certainly more worthy of publicity than the crime and other negative aspects. Indeed, I can think of no other place on earth so rich in a diversity of scenic beauty, wildlife, sights, sounds, music, and varied cultures as South Africa.

The white population is only 4.3 million (9.1% of the total population) and descends mainly from Dutch, German, French, and British colonial immigrants who came to settle in the country between the 17th and 19th centuries. The black South African population is comprised of the Nguni people ( Zulu, Xhosa, Ndebele and Swazi), the Sotho-Tswana, the Tsonga, and the Venda tribes.

South Africa is renowned for its floral wealth. The 553,000-hectare Cape Floral Region is one of South Africa’s eight World Heritage sites. It was declared by UNESCO’s World Heritage Committee to be of “outstanding universal significance to humanity” and “one of the richest areas for plants in the world.”

Apart from the numerous National Parks, there are also many privately-owned game reserves. If you wish to see “The Big Five” (buffalo, lion, leopard, African elephant, and black rhinoceros) you have a better chance of doing so in South Africa than anywhere else in the world.

Apart from “The Big Five”, over 200 different species of mammal may be observed. The Springbok (South Africa’s national animal – made famous by the Springbok rugby players), white rhino, cheetah, giraffe, zebra, wildebeest (gnu), warthog, monkey, hunting dog, hippopotamus, kudu, impala, sable antelope, and hyena are but a few of these!

You will find most South Africans of all races warm and welcoming, eager to show off their spectacular land to visitors from abroad. If you get a chance to meet a local family, you will no doubt be invited to share in the ultimate South African experience, the braai (barbecue). South Africa is keen to welcoming foreign tourists and repairing the recent poor international image of the country. Accommodation standards are high and you will enjoy an abundance of food and drink—not least of all the famous “Castle” beer, and outstanding local wines.

Certainly, present crime statistics are frighteningly high, but visitors to South Africa need not walk around in fear, provided that the necessary care is taken to behave in a commonsensical manner, thereby not becoming an easy target for criminals. 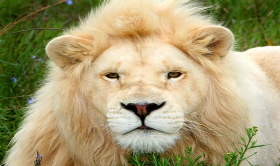 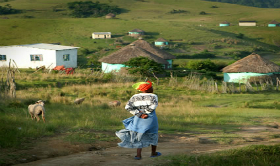 Take note of the 20 important rules. You will greatly minimize the risks of becoming a victim of crime in South Africa and instead be able to experience fully this warm and welcoming country:

1. In large cities, avoid the central business districts at night.

2. Never walk around any city at night, even if you are part of a group. If you need to go anywhere after dark, ask your hotel or guesthouse to order a reliable taxi for you. Do not just hail any passing taxi on the street!

3. When out walking anywhere, avoid wearing flashy, expensive watches and jewelry and carrying large amounts of cash. Carry your camera unobtrusively in a bag, rather than slung over your shoulder. Walk purposefully as if you know where you are going and are not a “lost tourist.” Hold your bag close to your body and beware of pickpockets and other confident tricksters on the streets and in crowded stores. Be aware of ATM theft—never be distracted by a stranger asking for assistance at an ATM!

4. If driving in a car, keep the doors locked at all times in city traffic. Do not drive with the windows down. Disregard any stranger who tries to confront you at a red traffic light or stop street.

5. When parking your vehicle anywhere, do not leave any valuables or any other possessions at all in sight. Put everything in the trunk. Use a good steering-lock at all times when leaving your car unattended. A lock on the fuel tank cap is also essential and is fitted to nearly all vehicles. Use only a removable car radio and lock it in the trunk when leaving your car.

6. You will find “car guards” on duty in many city streets, but they cannot guarantee the safety of your car. You will be expected to tip the guard when you return to your car—he is at least a buffer of some kind against car theft or robbery. Only use the services of a person wearing an official “bib” stating that he is a recognized car guard.

7. Distances between cities in South Africa are large and gas stations not all that plentiful, so be sure to fill your tank whenever possible and ensure that your car is in a good mechanical condition before you set out on any journey.

8. Travel with a good, detailed, up-to-date map (available at most gas stations) and plan your route in advance. Note that many cities, towns and streets in South Africa have undergone—or are still undergoing—name changes, so it is essential to get the most recent road and city maps available.

9. Do not stop for any hitch-hiker or other person seemingly in trouble on the open road, in the street or at motorway off-ramps. Drive on and report the incident to the Police. Only stop at official Police-manned roadblocks. Criminal gangs have been known to set up “roadblocks” to lure motorists.

10. Always travel with a cell phone. The emergency number to call for the Police is 10111. A functioning cell phone is essential to carry with you at ALL times. Find out before leaving home if your phone will work in South Africa. If not, hire a cell phone when you arrive.

11. Before travelling to remote areas such as the Wild Coast, check with the locals as to the best route and the security situation in the area. In general, the country people are most welcoming and hospitable and crime less common than those in cities—but it is wise to obtain recent local information before venturing out on your own to remote areas. The National Tourism Information and Safety number to call is 083 123 2345—they will give you up-to-date information on safety in any particular area.

13. Keep your hotel room locked at all times and only open the door if you are certain who is on the other side.

14. Park only in areas which are well-lit at night.

15. Do not walk by yourself in any lonely area such as a stretch of beach, river bank, forest or the countryside without keeping other people in sight at all times. It is best to walk in a group at any time of the day. Avoid walking in lonely areas (even in groups) after dark.

16. If you wish to visit one of the African townships, only do so on an organized tour, recommended by locals or by your hotel or guesthouse.

17. Be especially watchful at airports or bus stations, where criminal gangs are known to operate.

18. Wildlife is plentiful in South Africa—confined to the numerous game parks and reserves within the country. It is not safe to alight from your vehicle when driving through a game park—except at designated rest camps and picnic spots. Remember, these are wild animals and you are a guest in their territory! Do not attempt to approach any animal too closely—if one crosses your path, stop your car immediately and remain silent. Avoid loud noises, playing the radio or other music, shouting, hanging out of the windows, pointing etc. and simply enjoy observing Nature at her best.

19. Always carry with you at all times the essential numbers of your travel and health insurances and important local phone numbers to call in case of emergency.

20. If you are a member of the AAA, find out about affiliation to the AA (Automobile Association) of South Africa—an invaluable organization for the motorist, providing all types of travel information and assistance, route maps, weather, road information, and breakdown services throughout the country.

Follow all the above safety rules and do not be deterred from getting to know this very special country.

Pearl Harris was born in South Africa where she spent most of her life before moving to the Czech Republic with her husband, Ian, in 2002. Besides travel, her passions are writing, photography, reading, and animals. She has a B.A. in English & Linguistics, post-graduate Diploma in Translation and TEFL qualification. Formerly an EFL teacher, Pearl now freelances as a writer & proof reader/editor.