Writers Who Affirm The Importance Of Travel 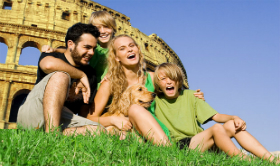 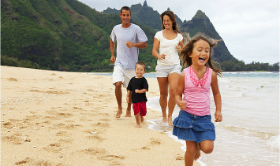 The literary works of these five writers express the importance of travel.

Twenty years from now you will be more disappointed by the things that you didn’t do than by the ones you did do. So throw off the bowlines. Sail away from the safe harbor. Catch the trade winds in your sails. Explore. Dream. Discover.

Writer of The Great American Novel (or one of them), friend to presidents and royalty alike, Twain chronicled his journeys through Europe and the Middle East in his best selling work, The Innocents Abroad and then again in the follow up, A Tramp Abroad.

Twain succinctly captured the importance of spreading one’s wings when he famously said, “Travel is fatal to prejudice, bigotry, and narrow-mindedness.”

I do know, however, that being exposed to the existence of other languages increases the perception that the world is populated by people who not only speak differently from oneself, but whose cultures and philosophies are other than one’s own.

In Wouldn’t Take Nothing for My Journey Now American poet Maya Angelou named travel as the one hope we have to recognize “that all peoples cry, laugh, eat, worry, and die.”

She believed that if we could recognize these shared experiences, we would be more likely to “understand each other [and] even become friends.” How often have you looked around a café, pub, or park in a foreign country, and realized this is so very true?

As the traveler who has once been from home is wiser than he who has never left his own doorstep, so a knowledge of one other culture should sharpen our ability to scrutinize more steadily, to appreciate lovingly, our own.

One of the biggest rewards of traveling is developing a deeper understanding of your own home as you adjust to the patterns and realities of other cultures.

Margaret Mead, an American anthropologist best known for her book, Coming of Age in Samoa, reminds us that when we sharpen our ability to observe another culture, we’ll also be able to apply that level of perception and appreciation to our own roots.

Every nation has something peculiar in its manufactures, its works of genius, its medicines, its agriculture, its customs, and its policy. He only is a useful traveler, who brings home something by which his country might be benefited; who procures some supply of want, or some mitigation of evil, which may enable his readers to compare their condition with that of others, to improve it whenever it is worse, and whenever it is better to enjoy it.

In a 1760 column for The Idler, English writer Samuel Johnson identified one of the richest rewards of traveling: applying new knowledge of different ways of life in a way that benefits your own country. Even if it’s only on a small scale, both you and those around you are all the richer for it.

I see my path, but I don’t know where it leads. Not knowing where I am going is what inspires me to travel it.

'Olivia Hambrett is a Sydney-based writer and editor who spends most of her time plotting new trips, getting excited over airfare sales, and drinking from a seemingly bottomless cup of tea. She is the Co-Editor of Australian web-mag, Trespass and as a freelance writer, has contributed to numerous online and print publications. Right now, she is quietly plotting a return to the Greek Islands.'